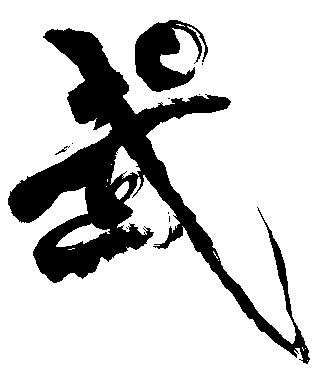 Page with general information about Taijiquan.

Taijiquan (Tai Ji Quan) / T’ai Chi Ch’uan:
In modern pinyin it is written as Taijiquan.
In the (older) Wade-Giles transcription it is called T’ai Chi Ch’uan.

What is Taijiquan
Taijiquan is a system of physical exercises emphasizing balance, coordination, and effortlessness in movements. It is designed for attaining bodily and mental control and well-being. And last but not least, it is an extremely effective martial art.

The origin of Taijiquan
Although Taijiquan is attributed to the mythical figure Zhang Sanfeng it is very unlikely that this is really true. It is more likely that various elements of Taijiquan originated from ancient exercises that have been developed over the centuries by martial artists / practitioners of medicine. Taijiquan’s origins therefore remain shrouded in mystery.

Nowadays it is generally accepted that Chen style was the first Taijiquan style. It was developed by Chen Wanting (1580 – 1660) who integrated different elements of Chinese philosophy into the martial arts training to create a new approach that we now recognize as the Internal martial arts. He added the principles of Yin-Yang theory (the universal principle of complementary opposites), the techniques of Doayin (leading and guiding energy) and Tu-na (expelling and drawing energy). In addition, Wangting incorporated the boxing theories from sixteen different martial art styles.

Chen Wanting thus combined his military experience and the theories of Jingluo and Daoyin with the popular teachings of Qi Jiguang. Six generations later Chen Changxing tought Taijiquan to Yang Luchan the first student from outside the Chen family. Yang Luchan took it to Beijing in 1860 and developed the Yang style. He and his son Yang Ban Hou tought it to Wu Quanyou who then developed Wu style Taijiquan.
Yang Luchan also tought Wu Yuxiang (author of influential classics) who, whith his nephew Hao Wei Chen, developed the Wu Hao style. Hao Wei Chen tought Taijiquan to Sun Lu T’ang who developed the Sun style.

Qi, Chi, Ch’i:
What is the right one to use? If you would see, and understand, the Chinese character it is immediately clear what the exact meaning is. As a student in Taijiquan it is a good thing that you know a little Chinese. Master Ma Jiang Bao calls during the execution of the form the Chinese names so, if you know a little Chinese, you know exactly what part of the form you need to do. This can be very useful indeed.

Meaning of Qi (Ch’i):
Pinyin: qì (4th tone), Wade-Giles: Ch’i.
气 qì = gas / air / smell / weather / to make angry / to annoy / to get angry / vital energy. Traditionally it was written 氣 qì and the character depicts vapor from a boiling pot of a rice. The word Qì can be found in Qi Gong, (Ch’i Kung in Wade-Giles), Liver-Qi (in TCM) etc.

Meaning of 极 jí = Chi (Ji):
Chi, saying ‘chee’, comes from the Wade-Giles system. It usually means, the extreme, depending on the context. But clearly it is not, because there are more than 17 characters for Chi, each with their own meaning. Only when you see the character you know what really is meant.
The traditional Chinese character for our Ji: 極 jí = extreme, pole, utmost, top.
The simplified version: 极 (same meaning of course).
This word can be found in Tai Ji Quan. Also written as T’ai Chi Ch’uan (Wade-Giles).

Tai Ji (Tai Chi) is: the Supreme Ultimate (the Absolute in ancient Chinese cosmology, presented as the primary source of all things).

Tai Ji Tu is: Diagram of Supreme Ultimate. This is the yin-yang symbol.

What about the characters of Tàijíquán:

太 Tài = very, extreme, utmost, biggest, highest, most. It contains the character for person which grows or expands. And there is a spark in the center. We are centered and we ‘grow’. Some say the small spark is a sword.

极 Jí = limit point, extreme, utmost, furthest. The character contains the character for tree. The tree stands for stability and power. The roots go deep into the earth (yin) and the leaves follow the light of heaven (yang). It might also represent the signs for heaven and earth connected by a person. Furthermore, a mouth (mental ability) and a hand (physical ability).

拳 Quán = fist, various forms of boxing. This character again contains the character for hand. Not just meaning, to beat, but beating or boxing with skill.

Note: Use natural tension only! Once the stance is made, hold it, rise only to stop.
Start with a short period of time (5 minutes) and try to lengthen it as you get better in it.
The more one is forcing to ‘hold’ the position the more difficult it will get. After a while you will have to let go unnecessary tensions. This is where the real exercise begins, you will deepen your relaxation into the stance and are capable to let go more and more. An optimal structural physical balance is developed which provides a base for effortless power in martial applications.

Classical text by: Chang San Feng.
The body must move as a whole, light and agile.
Encourage the qi flow, concentrate the shen.
Allow no imperfections, avoid protrusions and indentations and do not interrupt the movement.
The movement is rooted in the feet, is passed through the legs, controlled by the waist and is reflected in the fingers.
Feet, legs and waist must act as a whole. Only then you can, at the right time and in the best position, step forward or backward.
Up, down, forward, back, left or right: if the moment of action and the position is not correct, the body is in disorder.
Find the error in the waist and legs.
It is not the outward form of the movement
but our intent (yi) which leads the movement.
If there is up, there is down. If there is advance there is reverse. If there is left there is right.
If you want to go up, you must first go down.
When you first push and then pull, something gets slightly uprooted and you can easily overthrow it.
Distinguish empty and full.
Yin and yang are constantly changing with each movement.
All parts of the body are completely connected to each other.
Taijiquan is like a mighty river, flowing on continiously.

Form and muscles:
The muscles that curl the body are yin muscles called flexors.
The muscles that stretch the body are yang muscles called extensors.
Excessive tension of the one affects the operation of the other
and will disturb the balance. The correct co-operation is as in a “balloon”.
It needs outside pressure because otherwise it explodes
but the balloon also needs pressure from within, otherwise it is compressed.
The balloon (the body) undergoes yang (expanding, outgoing)
and yin (contracting, ingoing) and is shaped by these two forces.
If the yin and yang (muscle) forces are in balance (contracting and expanding)
the posture is correct and movements are smooth and round (like a ball).

The analogy with the balloon is also particularly because
the Chinese word for balloon is qì qiú 气球 literally ch’i ball.

A long list towards lots of information is found here Taijiquan , Qi Gong and more.
It also contains links to booksales!
Traditional Chinese weapens and their English manuals and lots of videomaterial.
Sorry, it also has some bad links!